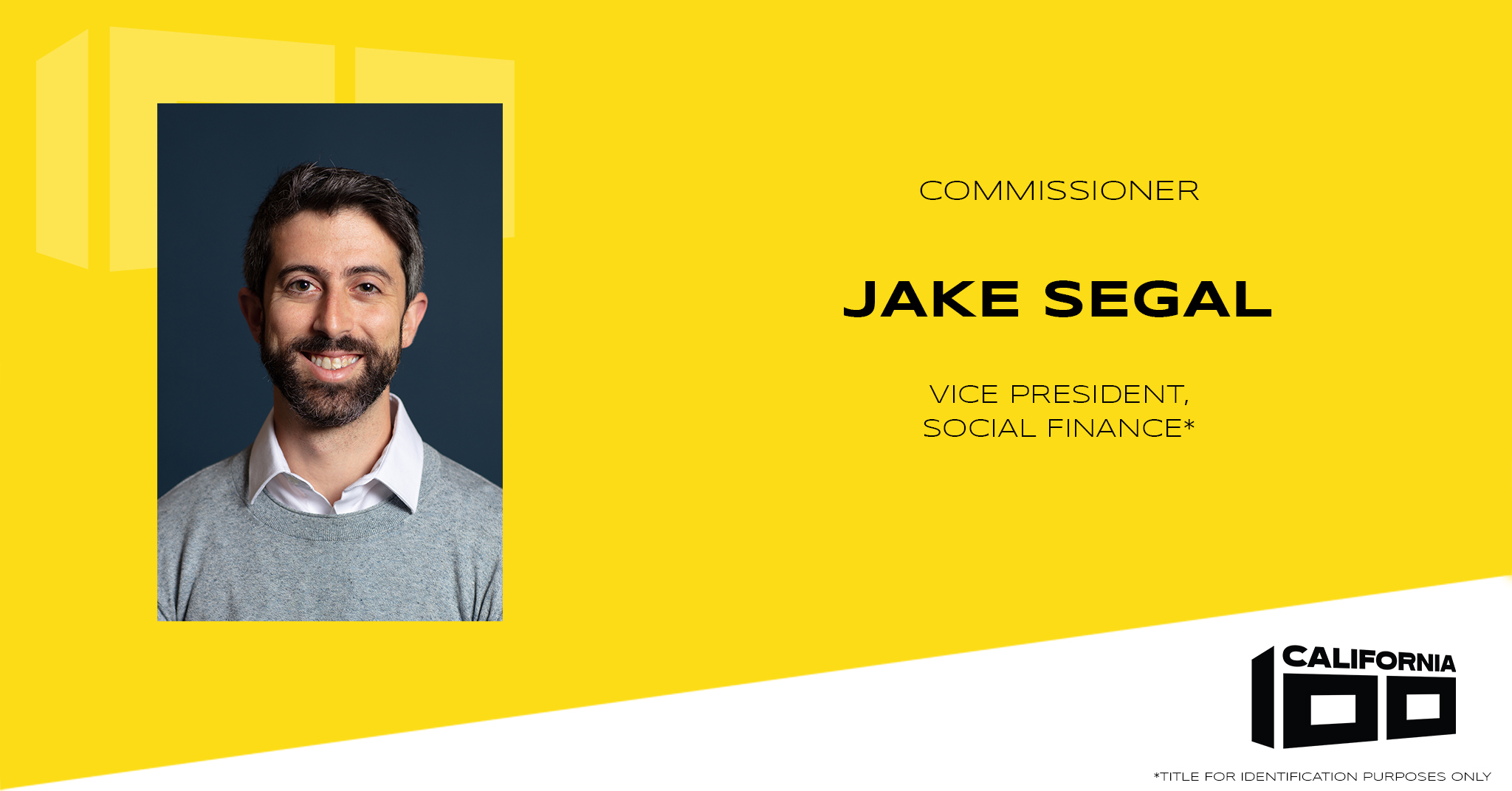 Each Commissioner was then invited to write a reflection piece, on what they found to be some of the more salient points and dynamics from the stakeholder listening exercise].

A century ago, about a fifth of California’s labor force worked in agriculture. The roots of the film industry were just beginning to take hold; it would be three years until Harry Chandler would put up the Hollywoodland sign in Los Angeles, a city that—at the time—was just smaller than Omaha. Shockley Semiconductor wouldn’t be founded for another 35 years in the little town of Palo Alto.

The century since has brought California to the forefront of a globalized economy, creating unprecedented wealth. California, as the state Legislative Analyst Office claims, “is the wealthiest state in the nation.” These advances, however, have left many behind. According to the Census Bureau (and reported in CalMatters), California has “the highest level of functional poverty of any state.”

I’m honored to serve as a California 100 Commissioner. We’ve been charged with thinking about California a century from now. My role is to think about fiscal reform: how we collect and spend some $300 billion each year.

Last month, we invited some of the state’s leading thinkers to weigh in. We challenged them to consider our fiscal future in the context of various “mega scenarios” cooked up by the Institute for the Future and the California 100 team.

One of the most intriguing parts of the conversation was when we asked participants for their big ideas for the state’s future.

Some of those ideas are staring us in the face today. “We need to repeal Prop 13.” “We should move to two-year state budgets.” “We should institute ranked-choice voting to build more consensus for visionary initiatives.”

Others were more ideological. “Privatize and automate as much as possible.” “Tie procurements to economic mobility/equity objectives.” “Embrace market urbanism to make our cities more resilient.”

These are all serious ideas, rooted in real challenges we face. Thanks in part to Prop 13, our state’s revenues are highly reliant on income tax, making revenue spiky and unpredictable. We are too often governed by short-term thinking; a two-year budget might help. Engagement of private funding, and novel alliances between sectors, will be critical to the next stage of political economy. Considering outcomes, including mobility and equity, in our spending decisions is a long-held, rarely achieved goal.

Much of the discussion, though nominally focused on fiscal reforms, was actually a reflection on our state’s democratic structures. Nearly everyone is frustrated by the state’s proposition system. It’s too easy to bring things to the ballot, too easy to generate short-term enthusiasm which ties the hands of policymakers decades into the future. That’s not to say ballot propositions are all bad: Prop 63, the Mental Health Services Act, for example, is among the most remarkable structures I’ve run across. But the mechanism for bringing these laws forward is a problem. (My colleagues focused on Governance will have more to say here.)

And most of our conversation, when we talk about fiscal reform, is about taxes. Sometimes it strays into pension obligations, a ticking time bomb. But rarely do we turn to the other side of the ledger: making our spending more effective.

I tend to think that’s where the opportunity lies. I find it perplexing that our ability to solve social problems hasn’t kept pace with advances in technology. We continue to believe that spending and impact are synonymous; that by deploying funds to provide services to an individual in need, our job is done. This assumption – that dollars spent are a reasonable proxy for problems solved—is false, yet pervasive. Annual government budgeting practices overemphasize that which is most easily measured (spending) versus what matters most (impact).

We are starting to see leadership from those who want to use data and technology to improve decision making; who realize governments and markets are hugely and irreversibly tangled and can work together to mutual benefit; and who envision systems of spending and incentives that are more precise in creating fairer, more trustworthy, more accountable, and more effective programs.

For the government of the future, these ideas will be old hat. Today, the basic mechanics of developing cross-agency and cross-jurisdictional partnerships—real partnerships, built with contracts, money, and shared data—often stymie progress.

Take, for example, homelessness. It is perhaps the most acute challenge facing California today. Its complexity stumps our current systems. Costs are diffuse: funding for shelters and rental support flows from HUD to local Continuums of Care, but the real costs are spread much further: in frequent emergency department visits and hospitalizations (partially reimbursed through public insurance plans, which are in turn funded via an intricate mix of federal and state dollars); behavioral health support and substance use treatment (county and state funded); incarceration (in county jails, and state or federal prisons). Yet, there are few mechanisms available that support benefit-sharing: even if a program that costs $100 ends up saving $120—a great deal!—the cost would be localized (in a single agency) and the benefit diffused (across a dozen or more agencies). So, the activation energy needed to fund prevention remains prohibitive.

We can do those things now and lay the groundwork for a century of progressively more effective services. The tools and data at the fingertips of government officials are more powerful than ever. But we need to break free of a defensive public-sector culture: of agencies shielding their budgets, their data, and their knowledge.

The most effective institutions in the next century will draw on a smarter spending toolkit, drawing on deeper partnerships, more accountability, and better feedback mechanisms to do more good, more efficiently.