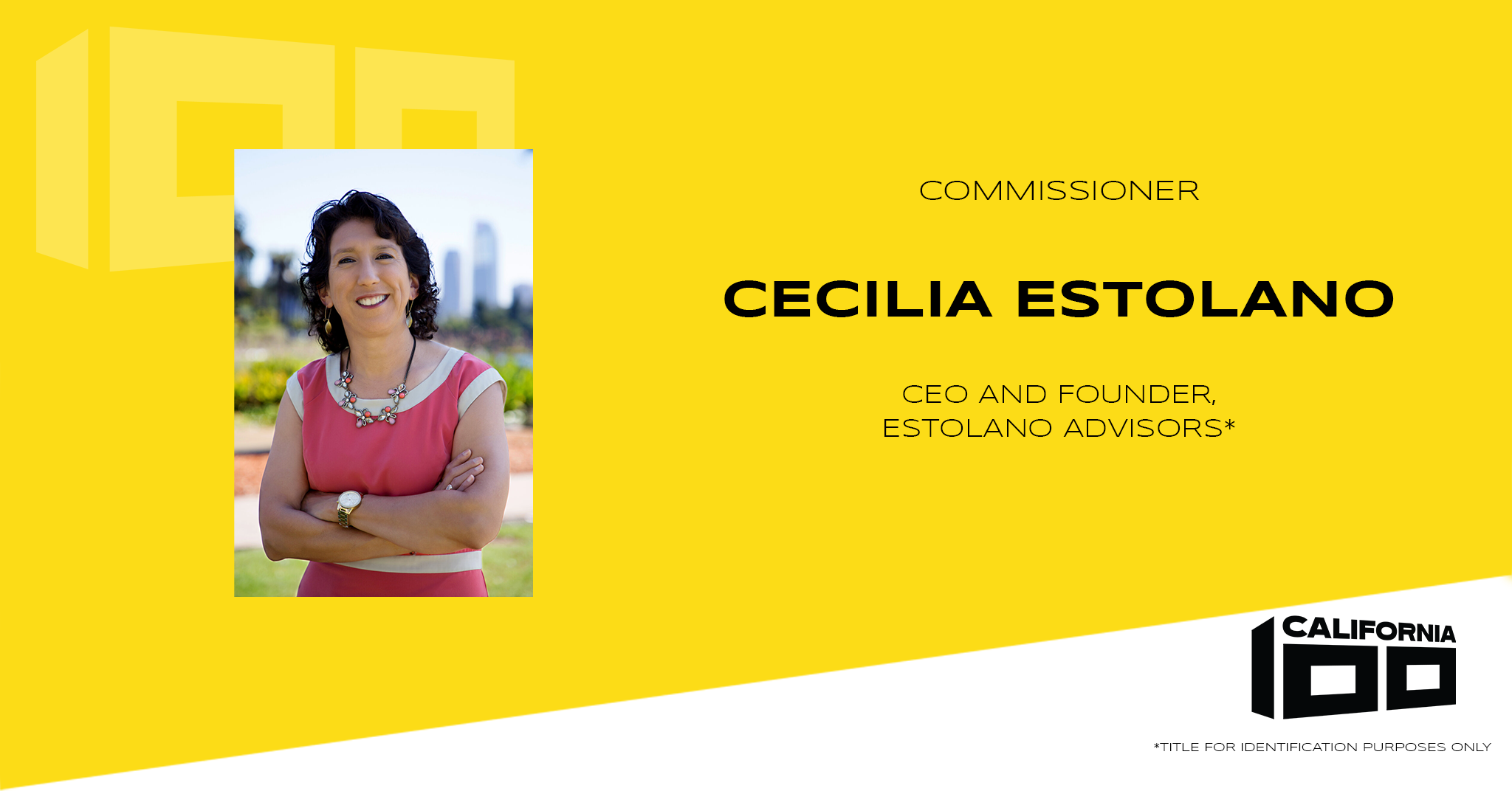 Each Commissioner was then invited to write a reflection piece, on what they found to be some of the more salient points and dynamics from the stakeholder listening exercise. As you read the reflections from Commissioner Cecilia Estolano below, we encourage you to use the Mega Scenarios document as a reference point].

In August 2022, California 100 convened 20 seasoned professionals in the housing and community development field to propose big policy ideas to solve the state’s intractable housing shortage and adjust them based on 10- and 30-year future scenarios. The participants hailed from different corners of California, bringing perspectives from the private, non-profit, legal and government sectors.

The most striking thread running through the discussion was the uncontested belief that California must pursue political and economic transformation to meet its housing needs. While participants might quibble with the breadth and tone of the 10-year mega scenarios presented, none disputed that California’s future success depends on achieving vastly more inclusive outcomes in housing than currently produced. Few adjusted their big policy ideas in reaction to the varying future scenarios, but rather appeared to double-down on the need for major interventions.

The California New Deal scenario which imagines political and economic transformation grounded in an inclusive social environment appeared to animate most participants. Most broadly agreed that housing must be viewed as a public good or critical infrastructure for a well-functioning city or state, rather than primarily as a commodity for private gain. Even an outspoken private developer agreed that more state intervention is needed but sought a scenario that taxes more and regulates less.

The tension between state leadership and local control remains a significant barrier to building the consensus necessary to move quickly, or to move at all. Local leaders often reflexively dig in their heels at the state’s engagement on housing policy. In our scenario strategy session, the power of NIMBYs floated over the discussion like the storm clouds we see too rarely in California these days. Local elected officials ignore the thunder and lightning at their peril. But in every corner of the state, from urban Los Angeles to rural Del Norte County, the failure to build housing for low- and middle-income people threatens Californians’ safety and stability and stifles our longing to forge enduring community. The real question is whether we can see a future beyond the housing scarcity that is killing the California dream of opportunity for all.

If most Californians agree that the current system of a highly regulated private market that produces few units affordable to most people is failing our state, how do we organize and mobilize communities to demand better, more transformative approaches? How do we move beyond highly technical tweaking of parking regulations, height limits, density restrictions, and zoning controls? Can California have the humility to look beyond our national borders to other advanced economies where social housing is an uncontroversial safeguard for low- and middle-income families?

Can the state that thinks nothing of mandating zero emission vehicles and ending the tyranny of the internal combustion engine conceive of the government itself directly building housing for the people who need it? Or will we continue to add more elaborate layers of funding and requirements to a profoundly inefficient low-income housing tax credit edifice, one that created an entire specialized industry of lawyers and accountants to deliver tax benefits for corporations by way of building housing for poor people?

Whether we call them NIMBYs, YIMBYs or local residents just trying to hold onto their sense of belonging, we have to hear the voices of those struggling to build and preserve community. We may not change the way people see themselves, but we might be able to try new approaches if we elevate the discussion beyond localized conflicts and speak to people’s fundamental desire for security, stability, and connection.

Untethered by the belief that they will ever achieve single family home ownership, younger Californians may be more supportive of the big bold ideas for social housing proposed by some of our session’s participants. If we can agree that the current system is incapable of meeting our needs, we may be able to break through and create new public agencies that assertively strive to better reflect our California values of inclusion, opportunity, impatience, and innovation. These agencies can coexist with the private sector that continues to excel at producing high-end housing out of reach for most working people.

Future scenario planning opens the mind to hope-filled trajectories that address housing security for the 90 percent. Counterposed against other scenarios of political and economic inertia, the California New Deal, and the hard work of organizing, mobilizing, and communicating embedded in its assumptions, may prove more compelling to more people than our current trajectory of pushing everyday Californians to run faster, only to fall further behind and greater in debt.