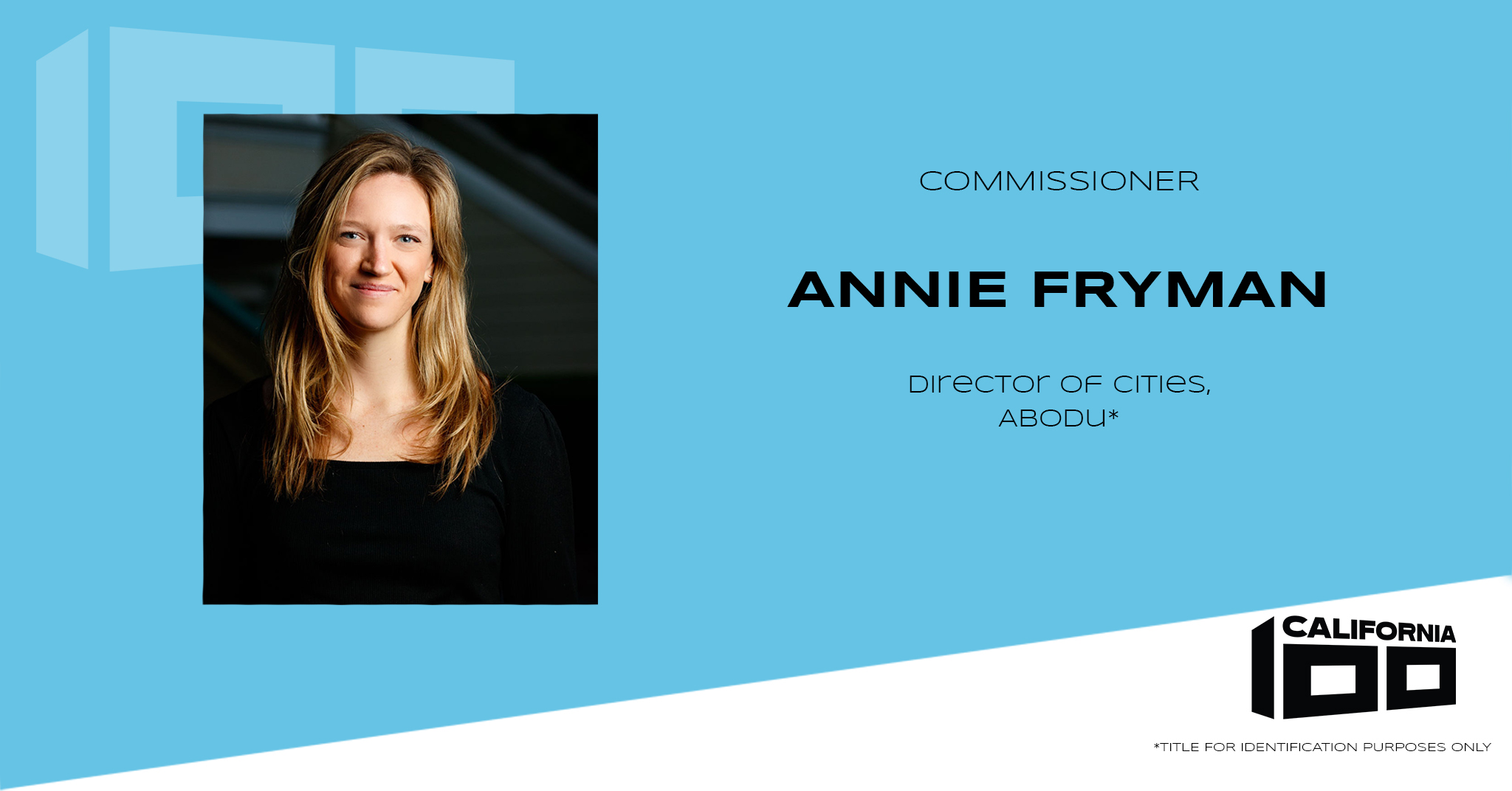 Annie Fryman is the Director of Cities at Abodu, a Bay Area based company that builds affordable and high-quality accessory dwelling units in California and Washington. In this role, Annie manages long-term strategy and operations for Abodu’s city relationships and permitting program, advises the executive team on public policy, provides expert technical assistance to local and state agencies on successful state law implementation, and manages Abodu’s response to complex building permit issues.

Prior to joining Abodu in February 2021, Annie led housing, land use, and transportation policy for California Senator Scott Wiener, one of the most prolific, creative, and successful legislators on housing affordability in the United States. Among other landmark housing and transportation policies, Annie was the singular policy staffer designing, writing, and negotiating Senate Bills 35 and 828, and continues to advise public, non-profit, and private sector partners on their use and implementation. Within three years of adoption, these unprecedented laws directly enabled tens of thousands of new housing units to start construction in California (SB 35), and forced bustling coastal metros and exclusionary suburbs to rezone for >500,000 more homes at all income levels during the next decade (SB 828).

Annie has also worked as an academic researcher at Stanford University focusing on the social and economic fabric of vibrant Black neighborhoods during Jim Crow, an architectural designer in San Francisco focused on infill development and modern building safety, a community organizer in the Bay Area, and in several policy/political roles in San Francisco local government, including campaigns.

Annie studied Architectural Design in the Civil Engineering program as an undergraduate at Stanford University.