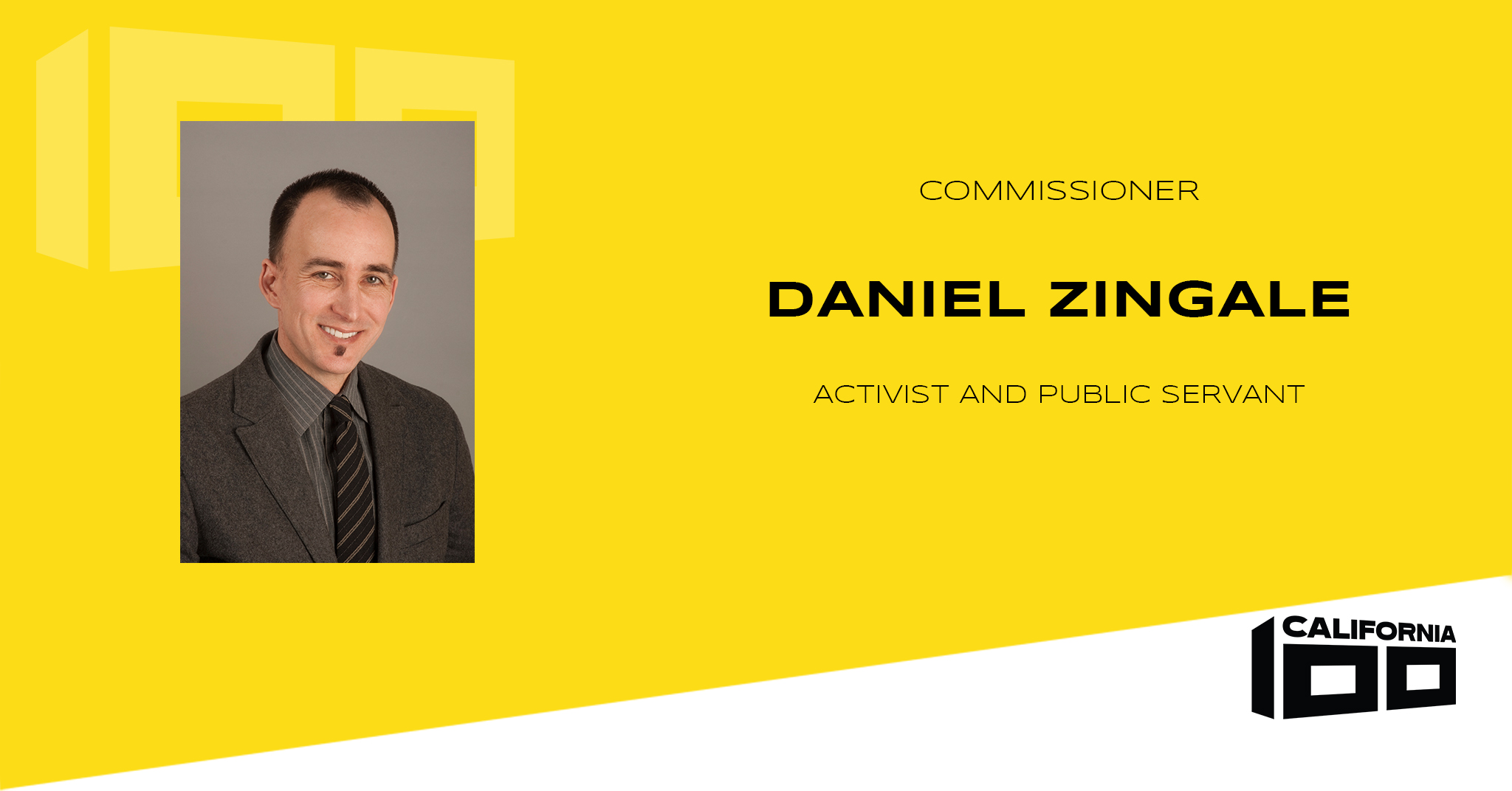 Each Commissioner was then invited to write a reflection piece, on what they found to be some of the more salient points and dynamics from the stakeholder listening exercise. As you read the reflections from Commissioner Daniel Zingale below, we encourage you to use the Mega Scenarios document as a reference point].

I am honored to participate in California 100’s exercise to generate bold ideas for a better future, and to pressure test these ideas among those with acquired as well as lived expertise.

In the area of criminal justice and public safety, a number of promising ideas emerged, including broadly integrating the practice of collective healing; eliminating criminal records as a barrier to opportunity; redefining what constitutes essential public safety services; as well as reinventing re-entry by connecting people who are incarcerated to communities before they are released. In our listening session with leaders and practitioners, we considered each of these bold ideas in the context of the various 10-year scenarios for California’s future. In doing so, questions arise about which scenarios are likely to be the most — or least — conducive to bold progressive change, as well as which scenarios are more likely to unite, or divide, California stakeholders.

For example, it seems plausible to envision the big idea of integrating healing into the daily lives of Californians within the ’Texas Done Right’ scenario if it is implemented at the local level. On the other hand, ideas like disregarding criminal records, or redefining public safety and re-entry, are harder to envision being implemented in an equitable way without involving statewide policy and regulation. Indeed, pressure testing these ideas within the context of that scenario challenges an assertion not directly related to criminal justice within the description of the ’Texas Done Right’ scenario, that somehow the playing field with regard to water access would be more equal in a scenario with less statewide regulation. While this scenario might unite the broad political spectrum of Californians disillusioned with state government, it seems likely to exacerbate divisions of geography as well as economic interest.

By contrast, the ‘California New Deal’ scenario’s emphasis on long-term planning in the broader public interest seems more hospitable to ideas like redefining public safety or re-entry, which might be more easily and evenly achieved via statewide policy. At the same time, higher touch ideas like integrated healing are harder to envision emanating effectively from the top down. Consideration of these bold ideas in the context of the ‘California New Deal’ raises questions about how this scenario might divide various factions of political power and resources, as well as those who gravitate toward short-term vs. longer-term planning.

The emphasis on practicality embedded in the ’Together in the Struggle’ scenario might bode well for all four of the bold ideas above. This scenario’s reliance on ‘what works’ should allow each of these ideas to rise on the merits of how current systems have failed, as well as mounting evidence over time demonstrating how the alternative new approaches get better results for public safety. But in terms of stakeholders, given how this practical scenario takes time, it seems likely to divide California’s incrementalists from the most ardent proponents of these bold ideas, who tend to embrace a more urgent and transformative approach to change.

It is easy to envision the self-interest of the ‘Protecting One’s Own’ scenario dividing virtually everyone against each other down to a micro level. It might be particularly inhospitable to the idea of broadly shared collective healing. But at the same time, this scenario might better unite those with a parochial interest in having their criminal records expunged, or those with a shared interest in protecting the budgets of preventive safety and justice programs. Factions like these and others might feel compelled to embrace tighter unity just to survive within the highly competitive atmosphere of ‘Protecting One’s Own.’

Finally, this cadre of bold ideas suggests California ‘going its own way’ might bode better for progressive change than going with Washington DC, simply because California’s political environment is likely to remain more open to progressive reforms than the national environment for some time. And if greater cooperation among nation states did in fact result in radical changes such as mandatory de-industrialization, that might create an opening for bold ideas like these to offer new realms of opportunity. But alternatively, the more practical and immediate advantages to our economy of these ideas might thrive within a competition among nation states.

As a next step, I am excited to participate in an exploration of how our work might contribute to increasing the odds for bold ideas like the ones discussed above to define the landscape of California’s future.