We were proud to join community members throughout the Central Valley in launching the Future of Agriculture and Food Systems report at Fresno State. Watch the video of our event below.

California occupies a unique and significant role in international and national food production and distribution. In 2020, the United States of America was the largest exporter of food with $124 billion in exports—10 percent of total global exports. The United States is the largest global producer of almonds, pistachios, milk, and poultry. Since its formation as a U.S. state nearly 175 years ago, California has extended its sphere of influence as a food center by expanding its production via large-scale irrigation projects and easily available cheap labor. In addition to producing food for its own residents—who comprise 12 percent of the total U.S. population—California produces and distributes the highest volume of fruits, tree nuts, berries, melons, vegetables, and milk of all U.S. states. Furthermore, California has been on the cutting edge of adopting new technologies and implementing early innovations ranging from the development of new crops to the mechanization of harvests by innovative tractor designs.

However, the climate and labor conditions that have enabled California to become a national food leader are changing. Running a commercial farm has become an increasingly marginal business for many farming families, as climate challenges across the state include multi-year droughts, intense wildfires, dwindling water supplies, and potential future “megafloods.” Moreover, regulations have ended some long standing labor practices that resulted in paid workers, many of whom come from other countries, getting wages too low to afford to live in the state. Despite better working conditions than those of their predecessors, attracting new generations of farmworkers has become increasingly difficult. In many respects, the future of California’s food system—pivotal for Californians as well as many other Americans who have come to depend on low-cost, high-quality food—is uncertain. The following are presented as four possible scenarios for California’s health and wellness future. 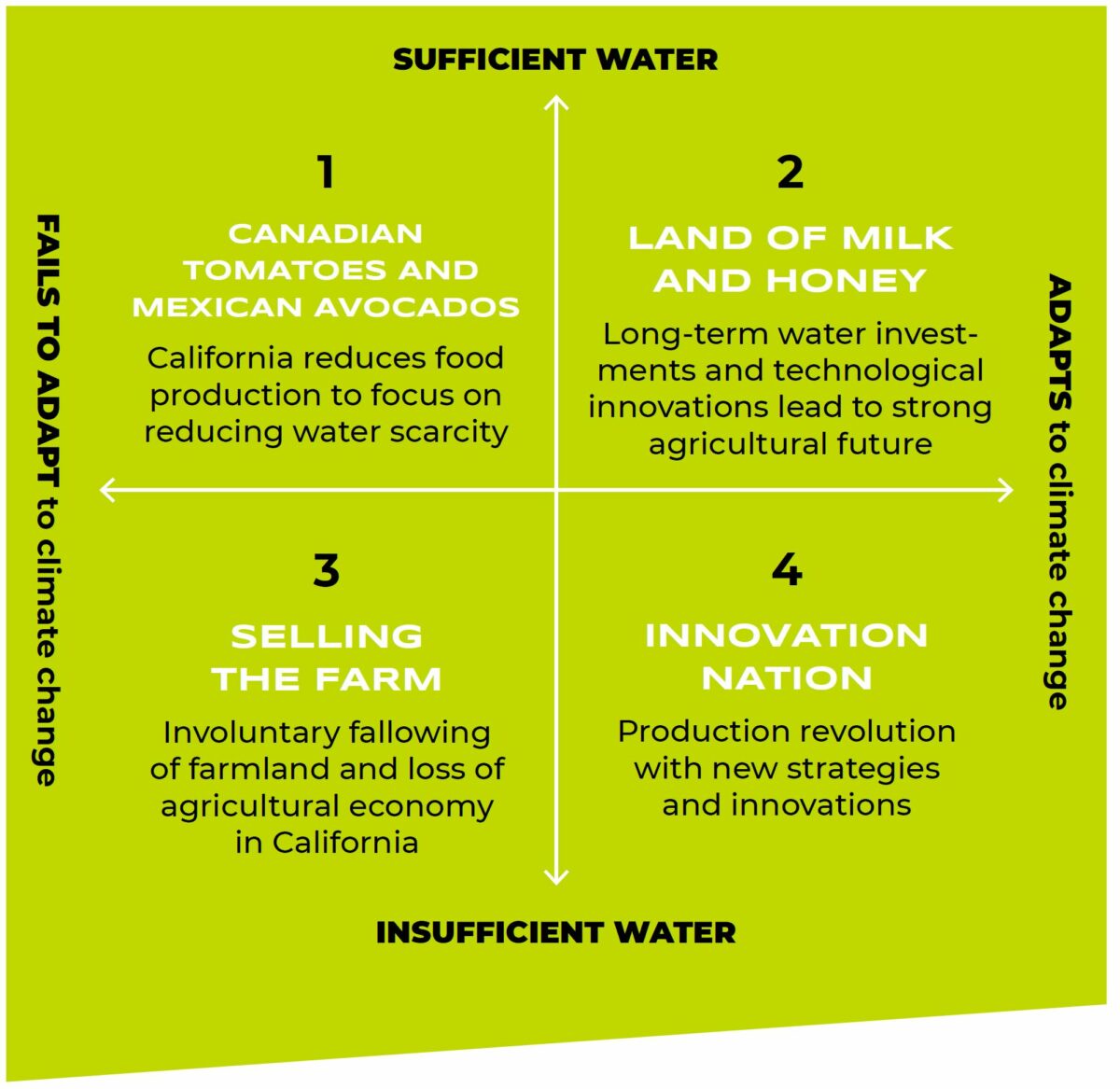