The Future of Economic Mobility, Inequality, and Workforce 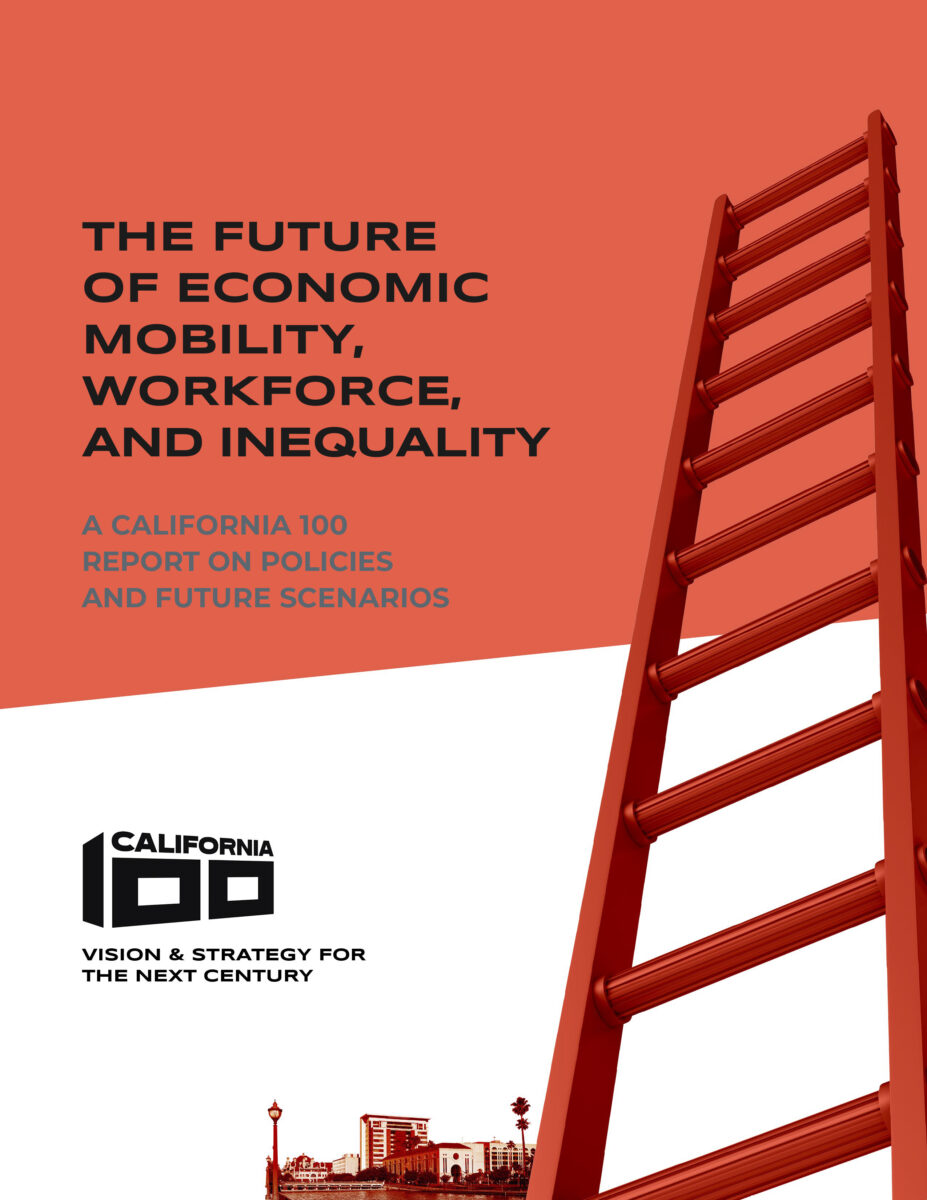 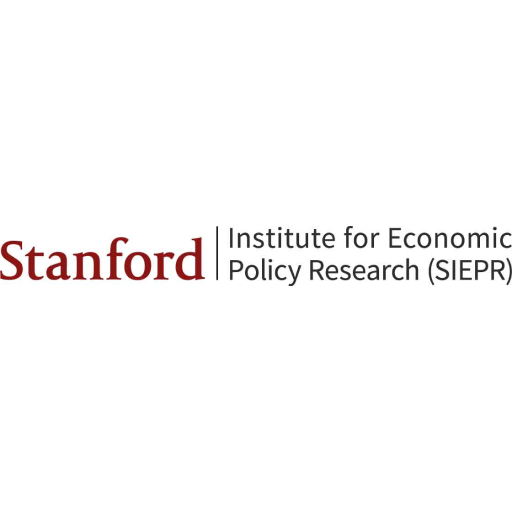 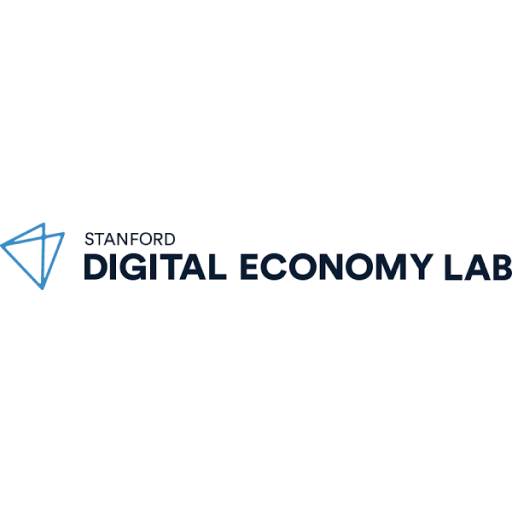 Economic Mobility in California: How we Move Beyond Staggering Inequality

Residents and policymakers in California often cite an intriguing fact when discussing the state’s economy: California, if ranked as a nation, has the fifth largest economy in the world. What’s more, California’s culture of innovation and productivity places it in a position of economic leadership and influence in the United States. The state’s ethos of innovation and productivity has drawn top talent to the state for hundreds of years, creating a diverse workforce who facilitate robust cultural and economic production. California’s workers are the engines of the state’s economic power and the reason 10 percent of Fortune 1000 companies call California home. The combination of a strong workforce, dynamic organizations, increasing foreign investments, and embrace of new technologies generates an economy that shows few signs of easing its dominance. All outward signs point to a continued economic dominance both in the U.S. and internationally.

But underneath these signs of prosperity, California is struggling with a pressing problem: The state exceeds all but five others in income inequality. Well-publicized housing problems and strained social safety net programs provide evidence of this inequality’s consequences. In 2021, housing costs and overwrought social safety net programs left at least 160,000 Californians without a home in the same state where just 2 percent of the population holds 20 percent of the state’s $6.3 trillion in net worth. Wages for the lowest earners have decreased in real terms while top earners continue to gain more wealth. As California experiences this observable increase in occupational, skill, and wage polarization– which includes growing income inequality—this polarization is the key obstacle for California policymakers, organizations, and educational institutions to address when considering how to promote economic mobility, equality, and a thriving workforce. 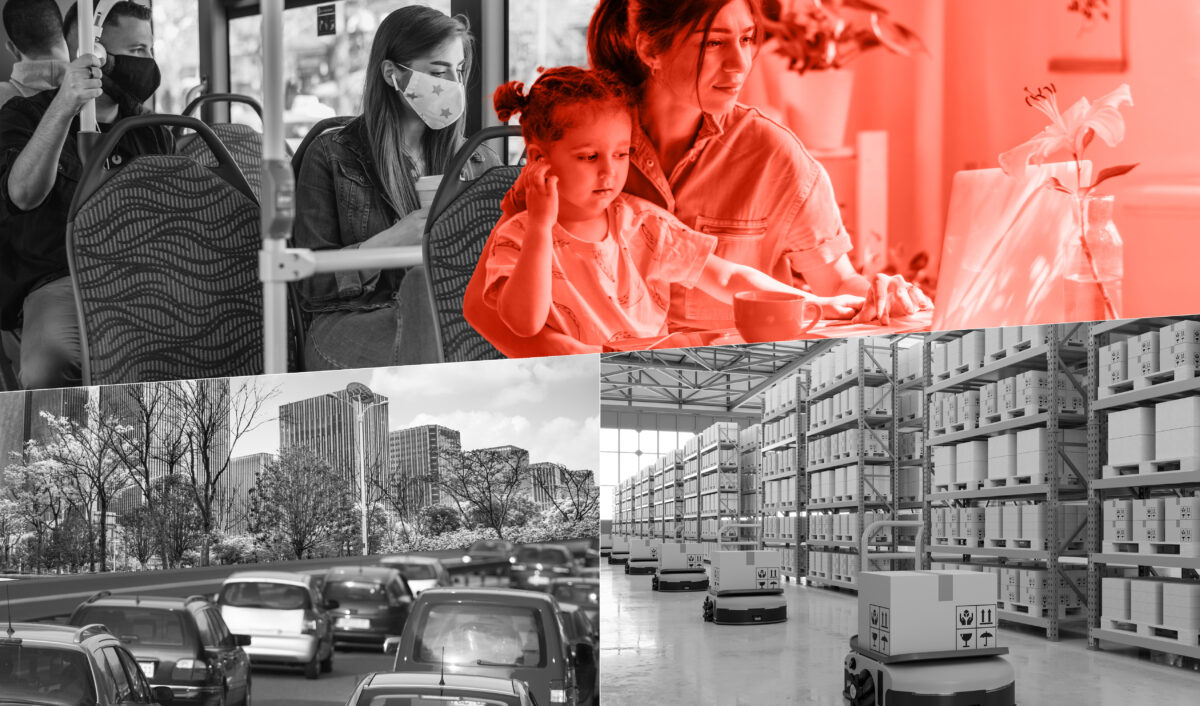 The following are presented as four possible scenarios for California’s economic mobility, inequality and workforce future. 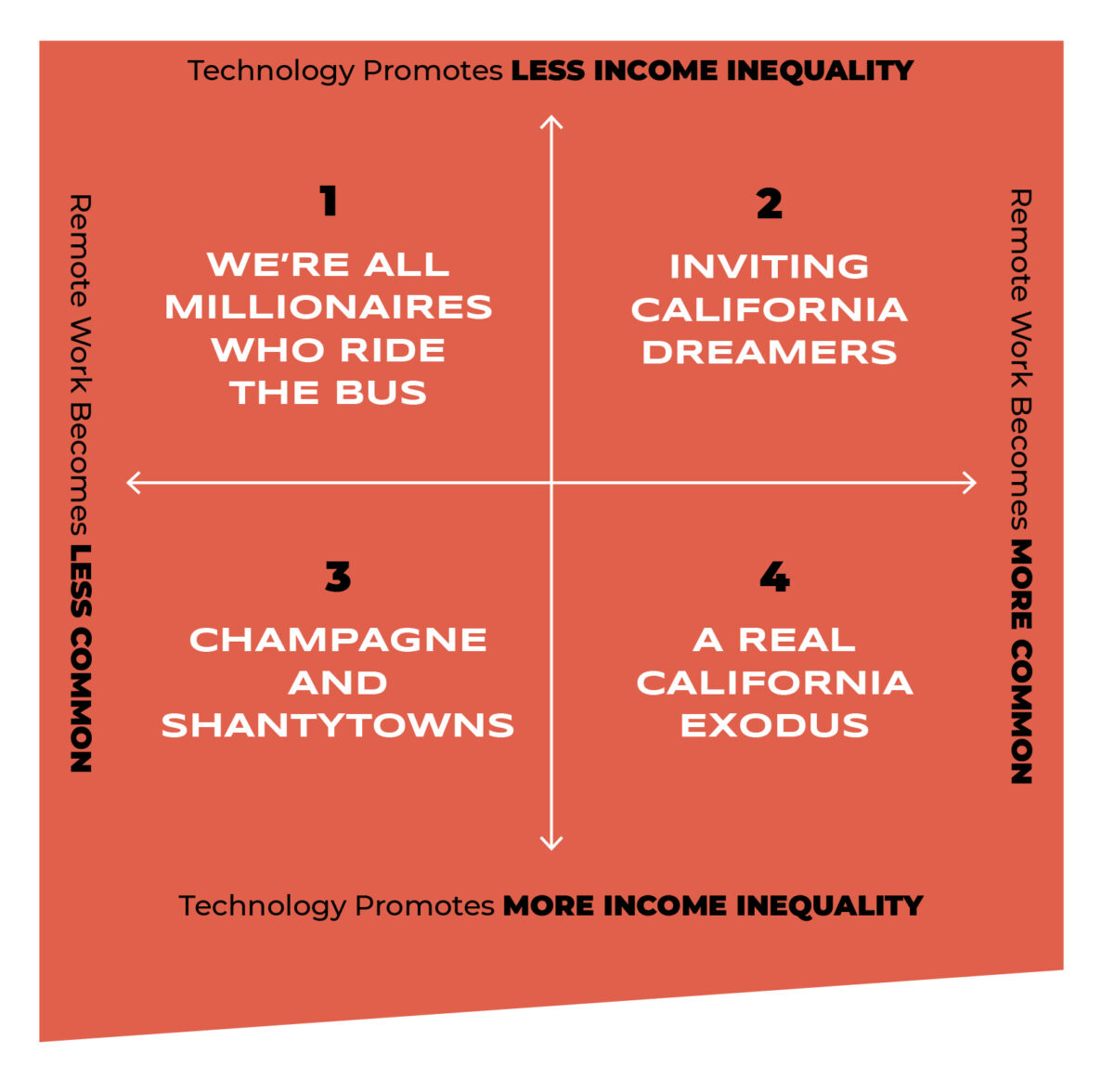