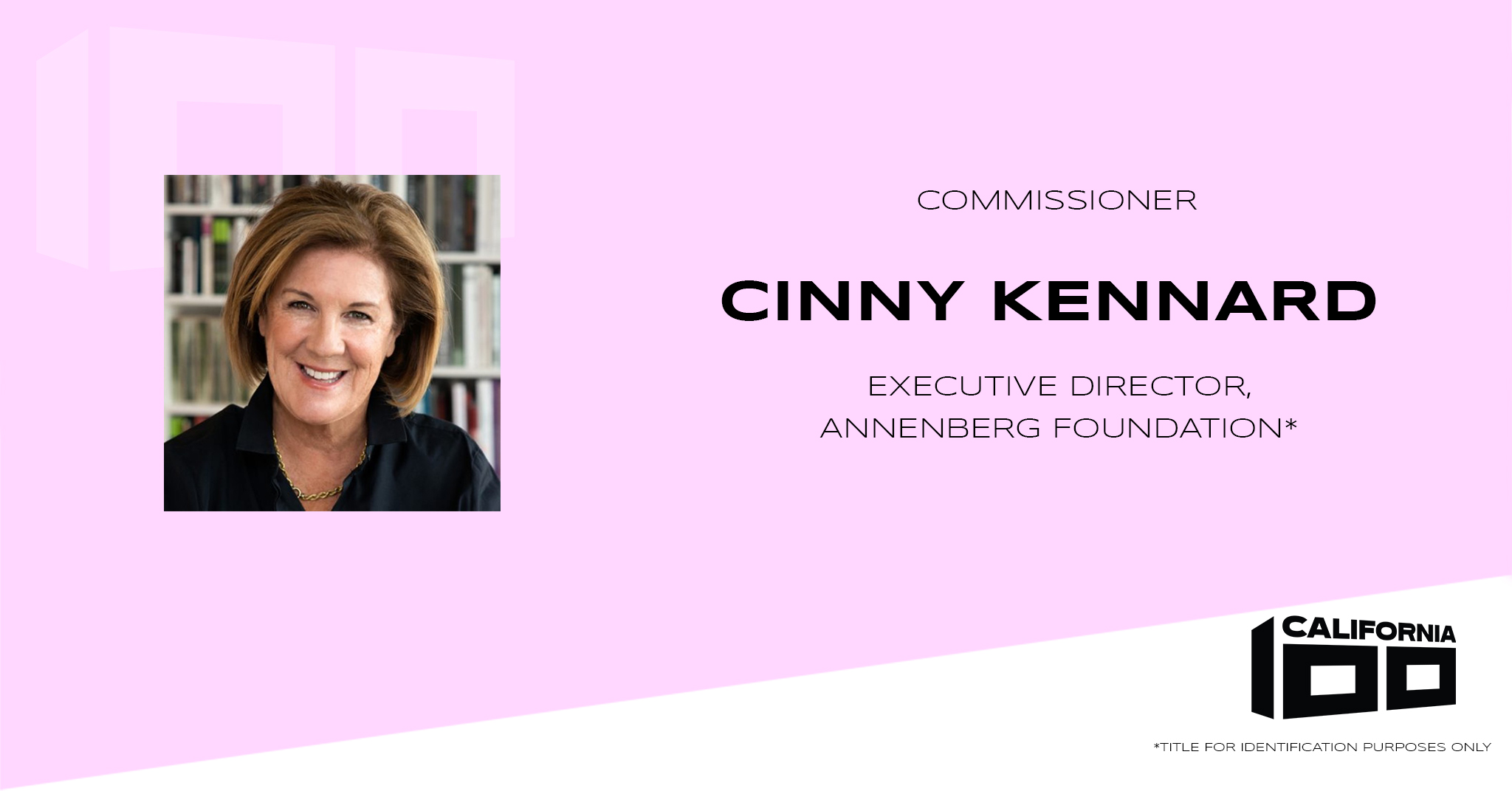 Cinny Kennard, Executive Director at The Annenberg Foundation, has decades of award-winning leadership and Executive Management in the non-profit sector with established national brands including National Public Radio, Smithsonian Institution, Pew Charitable Trusts and The Federal Communications Commission. Cinny is also is an award-winning broadcast journalist who currently serves on several boards including the Los Angeles Homeland Security Advisory Council (HSAC) at Pepperdine School of Public Policy, The Carole Kneeland Project for Responsible Television Journalism and is a longtime member of the Trusteeship of the International Women’s Forum.

Before joining the Annenberg Foundation in January 2015, she was the Senior Vice President of Programming at the Smithsonian Institution and served as a Senior Advisor to the Annenberg Retreat at Sunnylands creating and driving the outreach plan to bring top Washington D.C. elected officials to Sunnylands, including President Barack Obama and Chinese President Xi JinPing for the Sunnylands Summit.

Prior to that, she served as managing director/managing editor of NPR West from 2003 to 2009. During her tenure, NPR West expanded from 20 to nearly 90 full-time employees. Previously, she served as an executive project director and journalism professor at the USC Annenberg School for Communication & Journalism. Before that, she was a CBS News correspondent based at various times in Los Angeles, London and Moscow covering battlefield front lines, and before that a local television news reporter at WFAA-TV in Dallas, KHOU-TV in Houston and WANE TV.